The following post was written by Luke Trusel (and edited minimally for clarification).

Today we flew from Kanger to Disko, but had to turn around at the last minute because cloud cover obscured our site.  The pilots dropped us off in Ilulissat and then departed back to Kanger; they were on SAR duty and needed equipment that they were not carrying during our flight.  We got several rooms at the Hotel Hvide Falk with the intention of trying to catch a flight the next day in a Norlandair Twin Otter station being used by the OSU group.

Meanwhile, it was a beautiful day in Ilulissat, with clear skies, lots of sun, with a bit of a cold breeze blowing from the ice sheet.  I ate some leftover pizza I had from Kanger and set out on a hike out to the UNESCO World Heritage Site of Ilulissat Icefjord.  On the way I was greeted by some curious and very cute sled dog puppies. 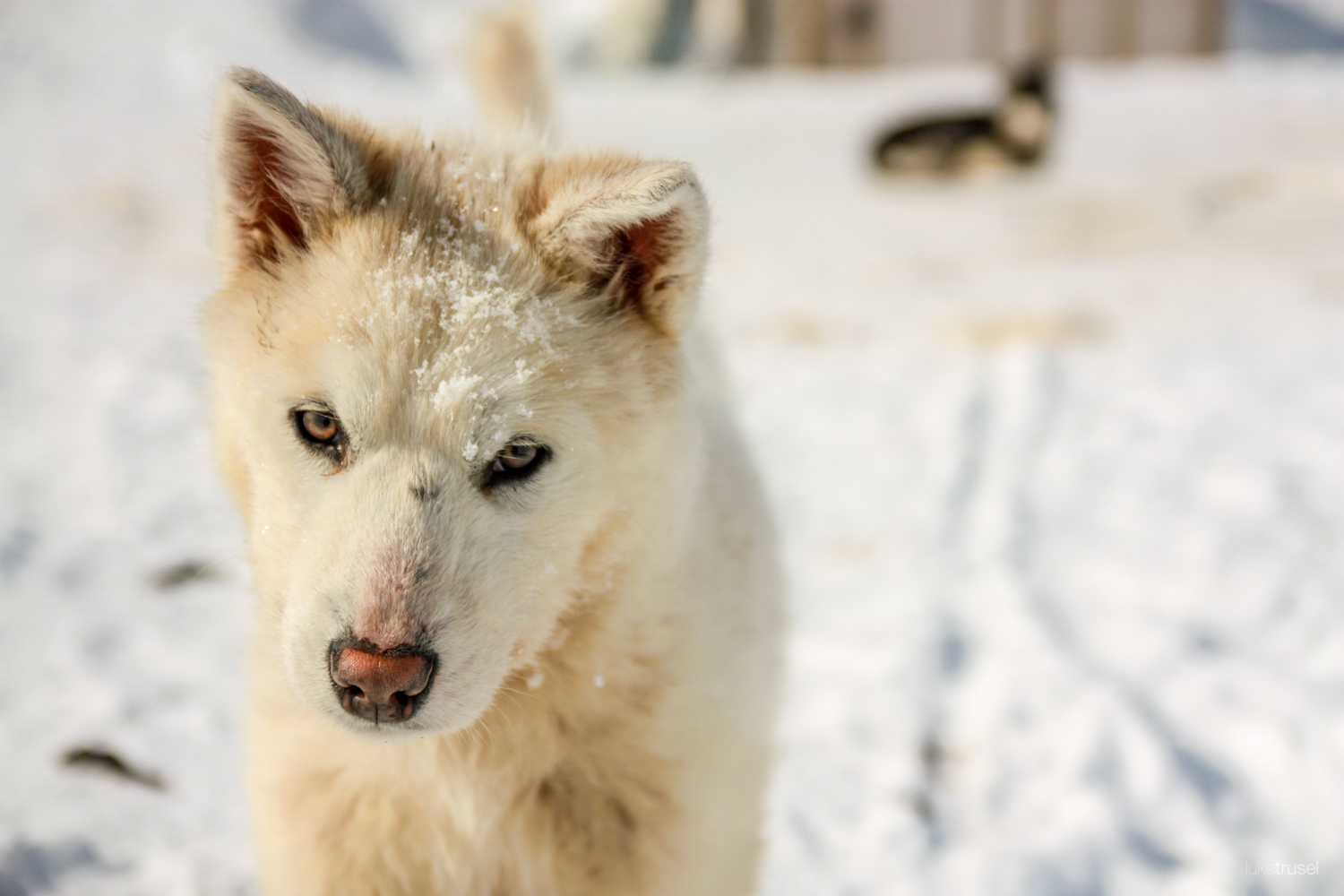 As I reached the crest of the hills to the south of town, I discovered a breathtaking view of the fjord and several immense icebergs grounded in the shallow water.  This view reminded me of the awe which the ice can inspire.  At the same time, seeing the size of these icebergs was a reminder of the very real impacts of a warming climate on the Greenland ice sheet.  These bergs were likely calved by Jakobshavn Isbrae, one of the fastest flowing glaciers in the world and one that is undergoing rapid retreat and thinning in response to a warming atmosphere and ocean. 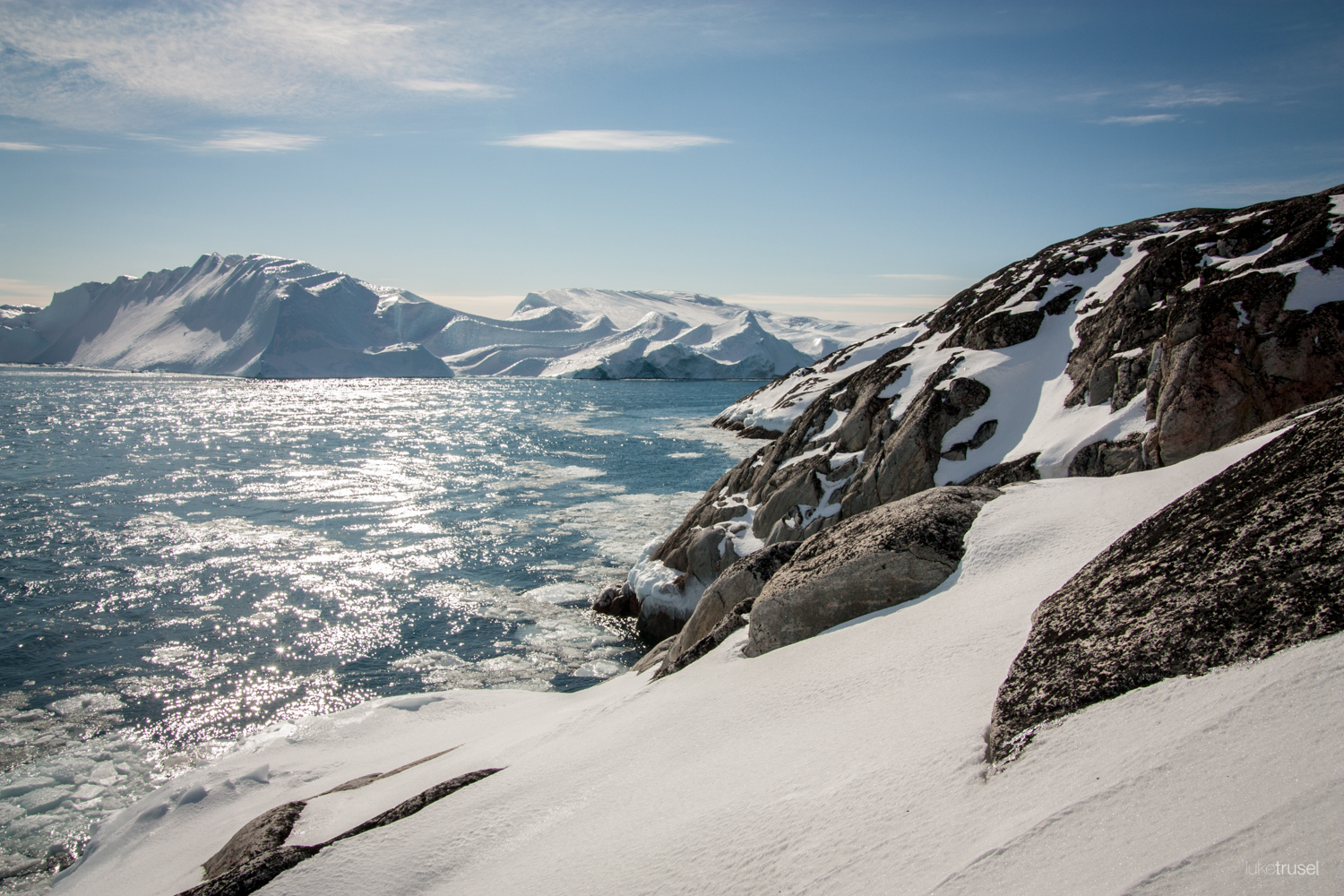 A view of a fjord South of Ilulissat (Photo Creidt: Luke Trusel) 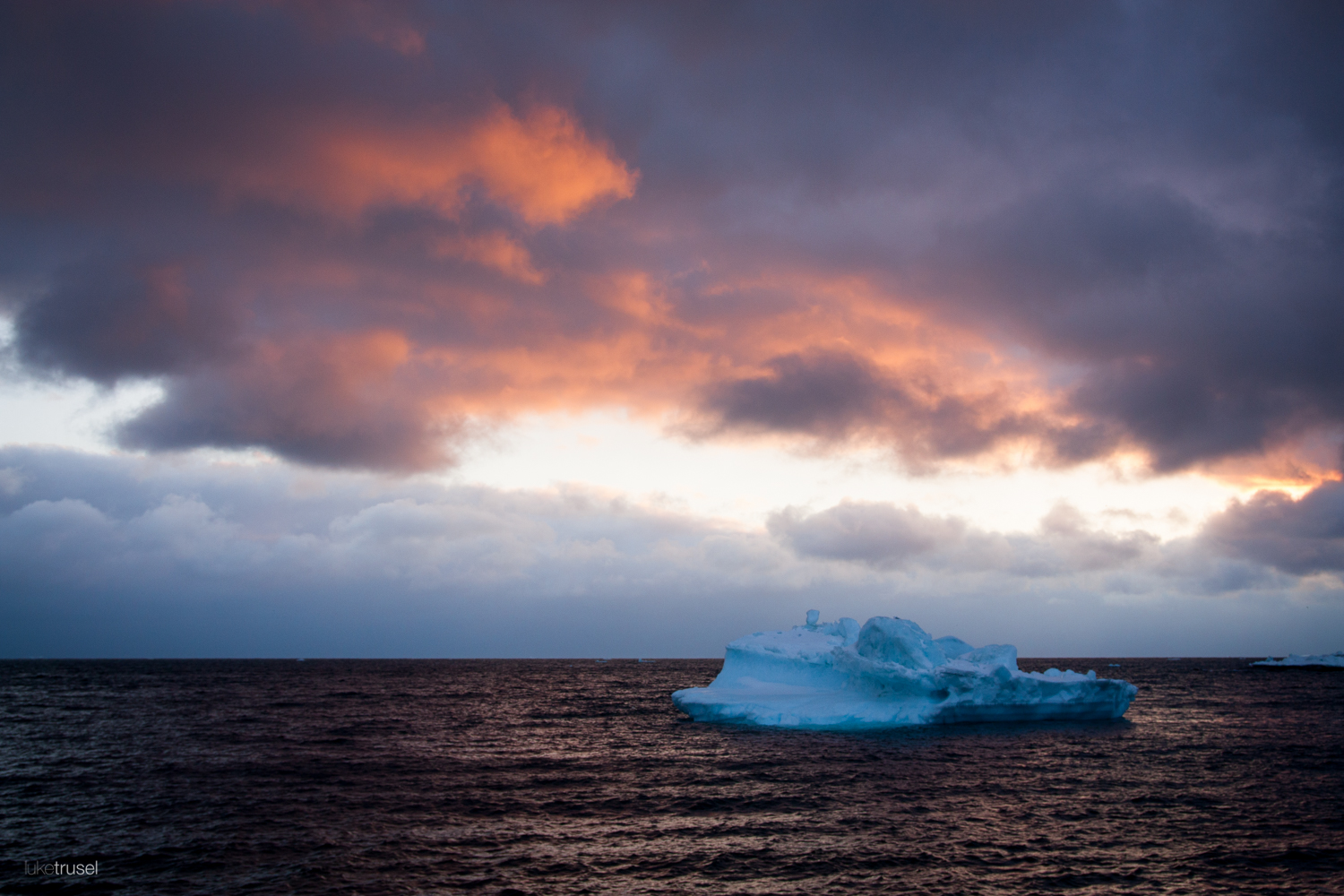 Satellite imagery perfectly captures the day’s weather.  In visible imagery from NASA’s MODIS instrument on the Terra satellite, we can see a long band of clouds extending up the coast of west Greenland and concentrating over Disko Island.  At the same time, clear skies surround much of Disko Bay and Ilulissat.  ESA’s ASAR radar instrument on the Sentinel-1 satellite can see through these clouds.  Here we can see much of Disko Bay showing up as dark black, indicating open water.  The cloudy section in Davis Straight is sea ice, and the bright white to the southeast of Ilulissat is the thick mélange of icebergs in Jakobshavn Icefjord. We can also see our field site on Disko Island as if no clouds existed! 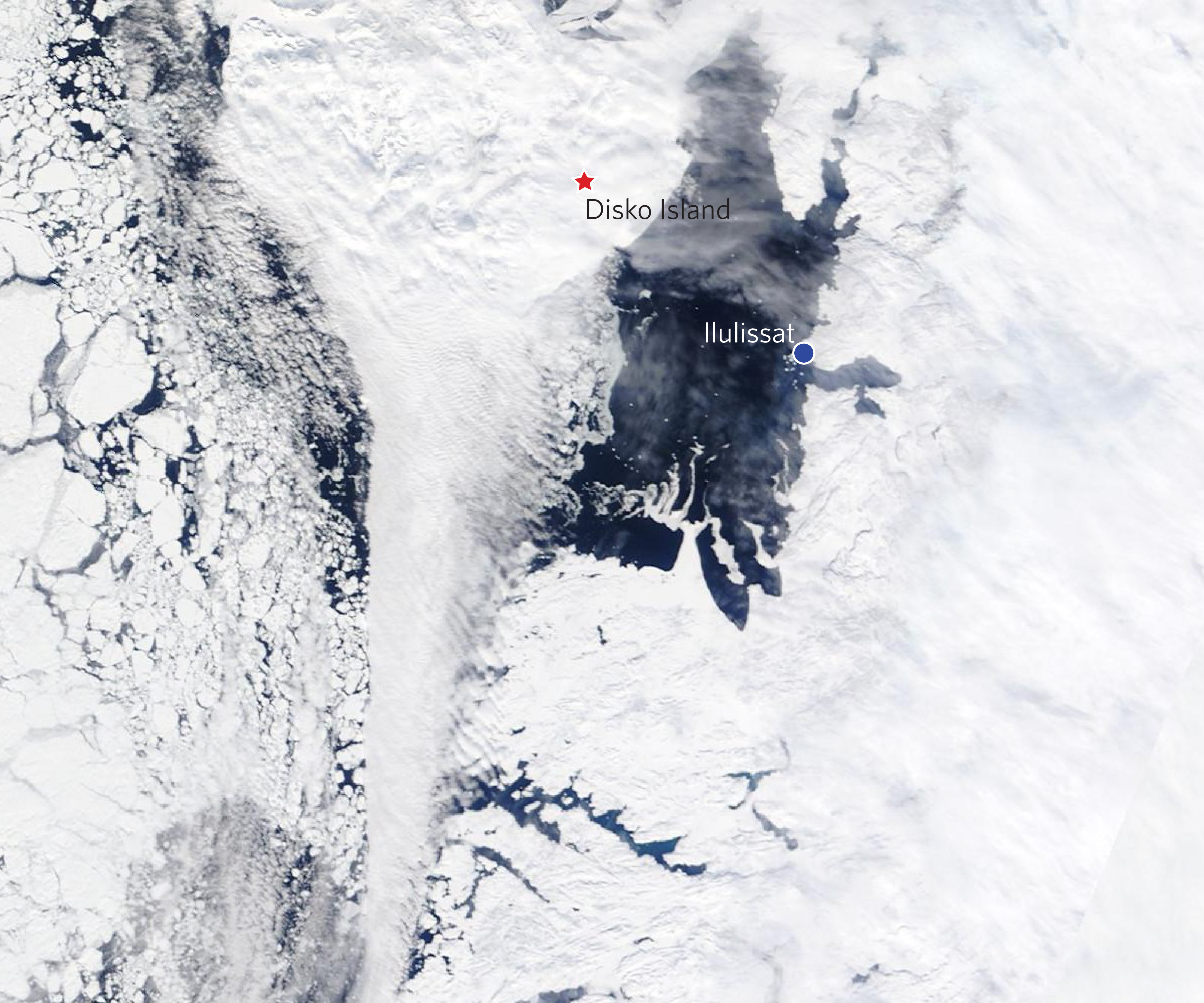 Our day capped with smoothies at a local café and the goal of catching the Twin Otter out of here first thing in the morning.  That goal was not met, however, and we are looking for the weather to clear – hopeful for Thursday.