Sarah’s research interests are in glaciology and paleoclimatology, and the role of the cryosphere in the Earth System.  Research topics include: the reconstruction of past climate from ice-cores; understanding and measuring polar ice sheet mass balance and ice dynamics; exploring the interaction between the coupled cryosphere-atmosphere-ocean systems; and investigating biogeochemical processes in polar environments.

Matt is a geochemist interested in understanding the interaction between water and rocks at the surface and near-surface of the Earth. Using major and trace elements, as well as stable and radiogenic isotopes, he examines weathering and the release and fate of solutes in large and small river basins. In particular, he has investigated the impact that the relatively small-scale hydrothermal system in central Nepal has on weathering budgets and carbon dioxide uptake. He is also interested in the overall physical and chemical impact that humans have on the natural hydrologic system. 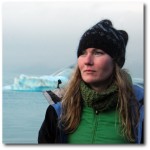 Karen’s research interests involve the combined use of field measurements, satellite remote sensing, and GIS to study large-scale linkages between land, atmosphere, ocean, and ice in polar environments. Over the past decade, she has conducted field-based research in West and East Siberia, the North Slope of Alaska, as well as the Bering, Chukchi, and Beaufort Seas. Her most recent work focuses on the hydrological and biogeochemical impacts of terrestrial permafrost degradation across Siberia and the biological and biogeochemical impacts of sea ice decline in polar shelf environments. She is currently the major research adviser for several Ph.D., M.A., and B.A. students, working on projects in Siberia, Alaska, West Antarctica, Greenland, the Himalayas, and the Chukchi/Beaufort Seas.