Your taxes were due today.  Hope you didn’t forget.  I didn’t because Sarah Das reminded us all before we left not to forget to do our taxes!

Today was a big day of planning and packing.  The only place for breakfast that is open right now is a cafeteria at the airport so we headed over there this morning about 8.  Thats where I took this photo-looking out across the snowy airport runway. 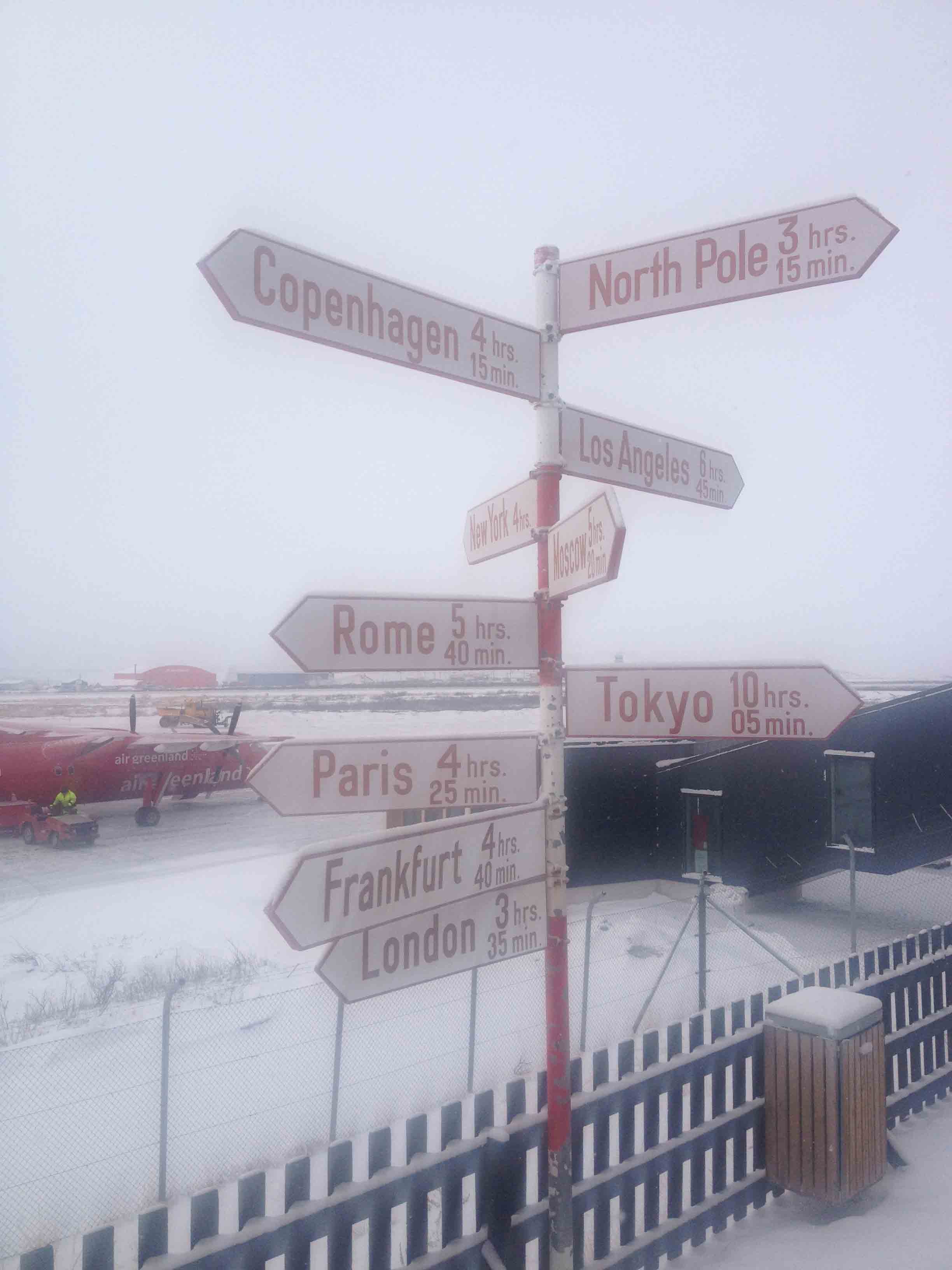 After a fairly European breakfast of muesli, dried meat and cheese, danishes, Nutella, it was time to go over gear (again!).  This time we had to go through all the science equipment that various Ben and Sarah and Matt sent up on an earlier C17 flight a few weeks ago as well as a bunch of equipment that Polar Field Services has for us.  PFS is the outfit that the National Science Foundation contracts to handle all the logistics for NSF projects in Greenland.  So we spent most of the day in a concrete block of a windowless (but warm) warehouse sorting all our gear and making decisions about what to take and what to leave behind.

So what’s in the gear?  Clockwise from the left: the big black and yellow Pelican boxes are Ben’s ground penetrating radar and GPS sensors.  The radar will be pulled on a sled to measure ice thickness and stratigraphy (layering) and the GPS units will be used to measure a strain grid.  We will insert long bamboo poles into the snow and measure their position with his very accurate GPS and then remeasure the same poles a year later to see how the glacier has moved over that time.  The white boxes are the the ice core boxes.  They look like cardboard boxes but inside are insulated.  Ice cores go into insulated tubes that then go into the insulated box and when we get back to town, into a a freezer.  Eventual they fly home on a “cold deck” flight of a C-130 (they don’t turn on the heat in the cargo area). At the top of the photo is a silver box full of equipment to do snow sampling in the snow pits followed my more small Pelican boxes (black and yellow) will all our “coms.”  We have a UHF short range walkie talkie for each person, 2 longer range VHF units, and three satellite phones.  Next to those are bamboo stakes which are used to stake out anything from a tent to a wind-break tarp.  Then we have shovels to dig the snow pit and a chainsaw in case we hit an ice melt layer on the way down (to cut weight in the plane, we are likely to leave that behind).  Finally the green bags are our “survival bags” with tents, sleeping bags, pads, stoves, fuel, and food for several days.  Those are in the event that we are stuck on the ice because of sudden weather changes or aircraft breakdown.  In the middle are some Crazy Creek chairs, tarps, and pads.  These are to sit in when taking breaks, and to stand or kneel on when sampling in a snow pit.  They give a little extra insulation between you and the cold snow.  We had to go through all this gear to make sure it fit our needs.  That included setting up the survival tents so we were sure we knew how.

Around lunch time I came back to my room at KISS and did a FaceTime call with the 3rd and 1rst Grade at Charles River School.  The kids got to ask me about being in Greenland-they wanted to know if I saw any animals (only Ravens so far), if polar bears or penguins lived here (bears-penguins are only in the southern hemisphere), if Santa was nearby (I haven’ seen him), and how may clothes I had to wear (not a ton so far but like winter in Boston).  I also got to take them outside KISS to see the view of nearby mountains and the town.  Here is what I saw on the left and what they saw on the right. 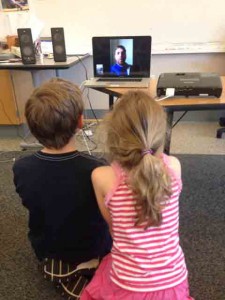 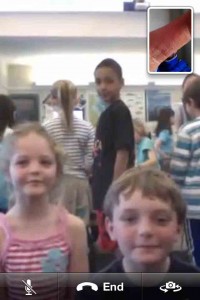 After lunch we were back to the packing.  It became apparent that we had a LOT of gear and might not make the weight requirement of the plane so we started triage on what we really needed and cut some things out.  About 6 PM the pilots of the Twin Otter arrived and we learned two things.  First that we did not have to worry quite as much about the weight and second that the weather looked good for our first flight tomorrow but bad for the next 2-4 days thereafter.  We were supposed to visit two sites on the Greenland Ice Sheet-one tomorrow and one the next day.  After a long dinner of discussion of all kinds of options, a phone call to the pilots, more discussion, two phone calls back with the pilots, we finally decided (at 9 PM, which seems way earlier because it is still light here at 10 PM-just dusky), that we would try to visit both sites tomorrow and scale back the sampling at each site a little so as to get something at each site.  Next year, members of the team will return to drill 100m ice cores and we need to know which site is better so visiting each, even if we did not get all the data we originally wanted, was going to be sufficient.  These are the types of decisions you have to make on fly in order to maximize what we get out of our limited time here.  So that means that tomorrow will be a BIG day.  We will likely be on the go for about 14 hours tomorrow.  It will be impossible to post to Instagram from the Ice Sheet and I probably won’t get much of a blog out tomorrow, but the next few days will be more relaxed if the weather in fact pins us down.  Tomorrow we should be spending the night in Ilulissat.  Wish us luck tomorrow!