This past Friday was the last day in the field for our team.  Ashley and I were back in Kangerlussuaq and I have posted some photos of a local hike to Instagram Icamera icon on right)

The rest of the team, Matt, Sarah, Ben, and Laura headed up from Qaarsut with a new pilot to Nuus1, our second site on the Nuussauq Peninsula.  Ben and Laura were dropped off first and they started the normal routine of getting the radar ready and installing the first GPS.  They quickly realized that the area had some small crevasses (only a few inches wide), but even small ones is an indication of tension in the ice and suggests the possibility of bigger, more dangerous ones. So Ben and Laura assessed the situation and directed the helo to a different landing spot.    Sarah and Matt worked on the core and found lots of hard melt layers and not much quality firn.  The snow pit was only about half a meter before they found an impenetrable ice layer.  The conclusion-Nuus 1 is probably not a candidate for future deep drilling.  As the photos show, though, it was a great day out on the ice cap. 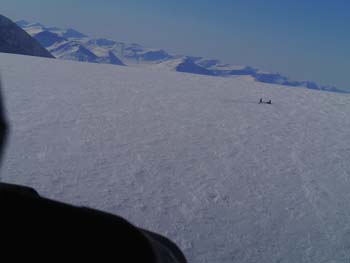 Ben and Laura on the ground. 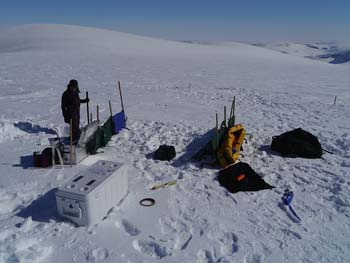 Sarah working on the core. 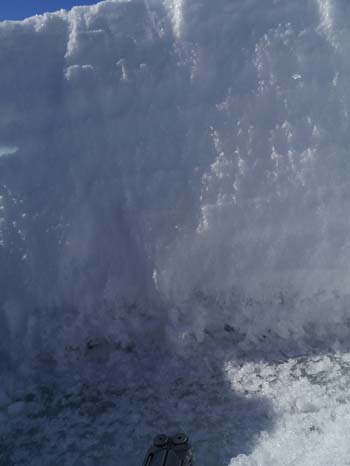 The very shallow snow pit with a Leatherman for scale. 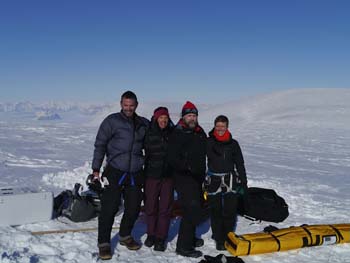 The team on Nuus1.  Another stellar day in the mountains.

After the final field day, the field crew enjoyed another two days in Ilulissat.

Pano of the overlook for the huge bergs.  If you compare this one to the one from earlier in the week, you can see how much more ice has moved into the bay. 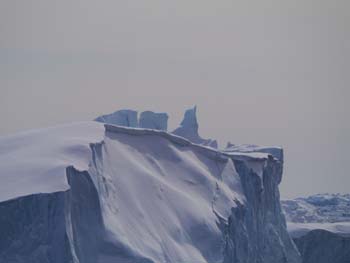 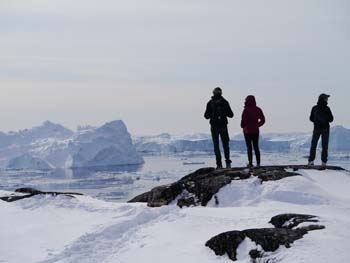 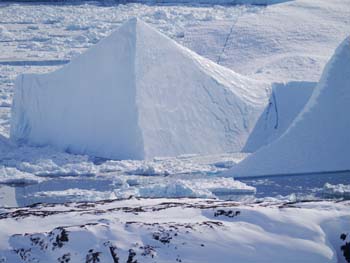 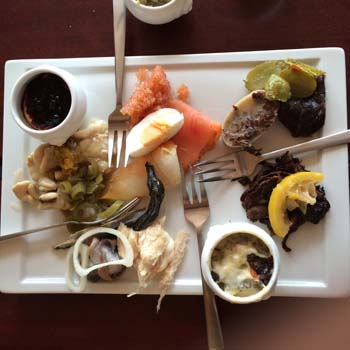 In about and hour we board a plane for Copenhagen-the final (unplanned) leg of our Greenland adventure!