If you aren’t following me on Instagram, please do!  There is a camera icon link to it on the right side of every page.  At least today I have been posting a lot of photos-essentially live photo blogging through the day.  I won’t be able to do that when in the field, but on the in-between days I can. The blog is also having a hard time uploading photos so the Instagram link is the place to go for photos.

So after months (years really from when we first submitted the grant proposal) we are finally in Greenland for the first of two field seasons.  Yesterday I posted an overview of what we will be doing and today, it all actually started to happen!

MOnday was a weird day.  In some ways Greenland seems like a far away, remote, strange, possibly hostile (in terms of environment) place. But then you can get on a plane (not a commercial flight mind you) in upstate NY and in 4 hours be in Greenland, non-stop.  Pretty easy really.

At the end of my last post we were just getting ready to take off.  Flying in a plane with no windows is an odd thing.  I don’t get air-sick but I did feel a little funny sometimes without being able to see the horizon while the plane lifted off or banked.  It was also VERY loud.  So loud that you you basically can’t talk without shouting.  As we drove onto the tarmac before loading the plane we were given ear plugs which everyone wore the entire flight, which also made the flight weird because no one could hear no no one was talking.  The flight was mostly uneventful.  As air travel goes though it was actually quite nice.  Being 6’4″ leg room is always an issue, but as you can see above, not on this plane!  Folks mostly slept or read books or working on their computers-just like any other flight.

About an hour out I looked out one of the two tiny porthole windows and saw something I have never seen in person-sea ice. 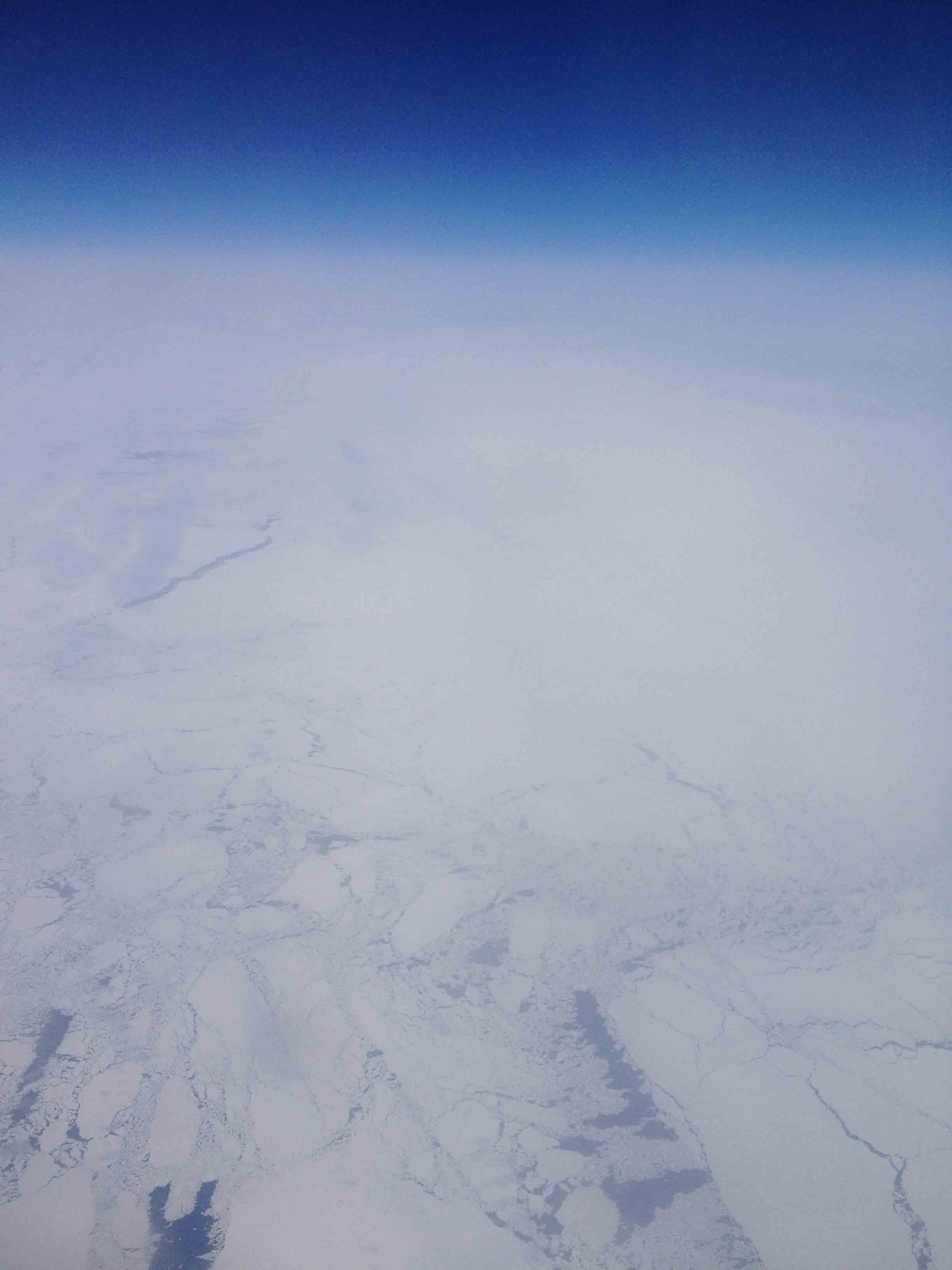 We were over southern Baffin Bay and through the clouds I could see the broken up pack ice. A bout an hour later they told us it was time to land.  The Load Master who was sitting next to me had attached a GoPro camera to the inside of the cockpit window.  From his iPad we could watch what the camera was seeing. 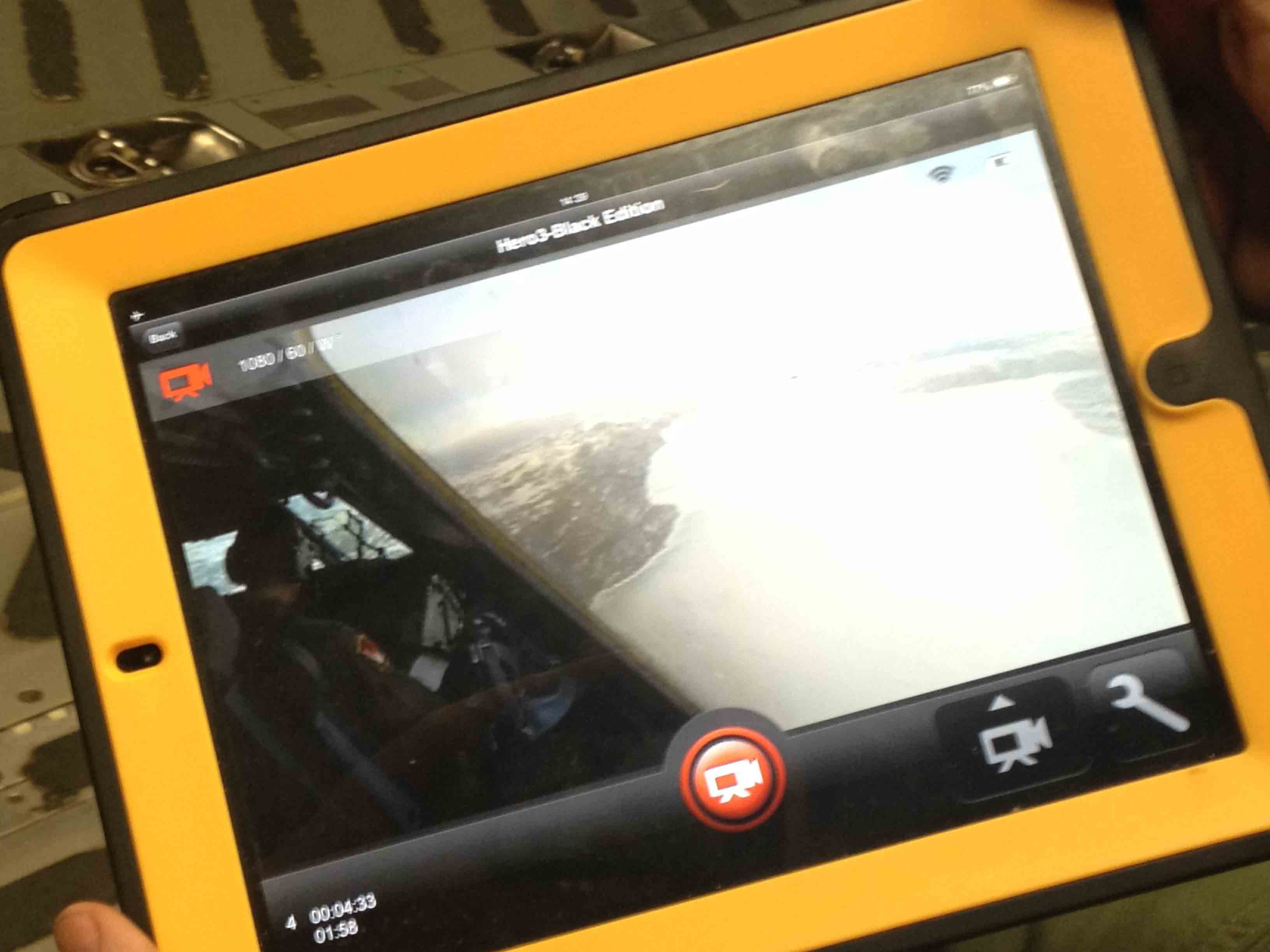 When we landed in Greenland it was a beautiful sunny day, but cold!  We immediately boarded another bus that took us to Kangerlussuaq International Science Support (KISS).  Here they have offices, bunk rooms, some science labs, and lots of support equipment for science groups.  It, and the buildings next door, are large rectangular 2 story buildings that look like giant shipping containers.  They are left over from when Kanger was a US Air Force base so they have a very barracks-like feel to them.  After a little orientation meeting from the KISS folks we put on some warm clothes and walked down the street to a bridge over a river and then up the other side of the valley to where we could look back over the river to the town and then the fjord in the far distance.  It was COLD!  We got a pretty taste of how it will feel to be out all day working and we will certainly need to be bundled up! Tuesday we will be planning and packing for our first day in the field.  Wednesay we are scheduled to fly a Twin Otter up to the ice sheet.  M 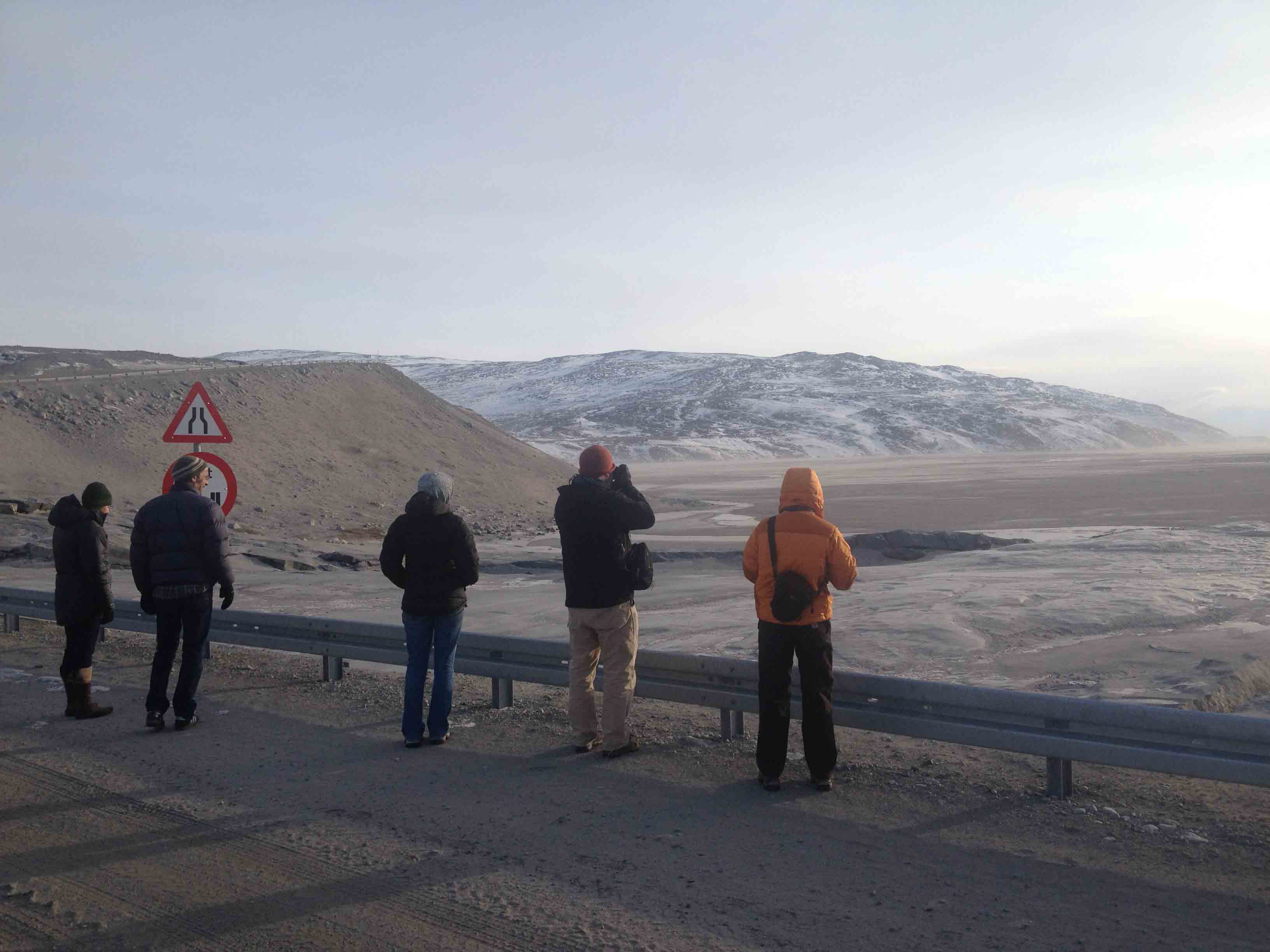 ore on Tuesday’s planning at the end of the day. 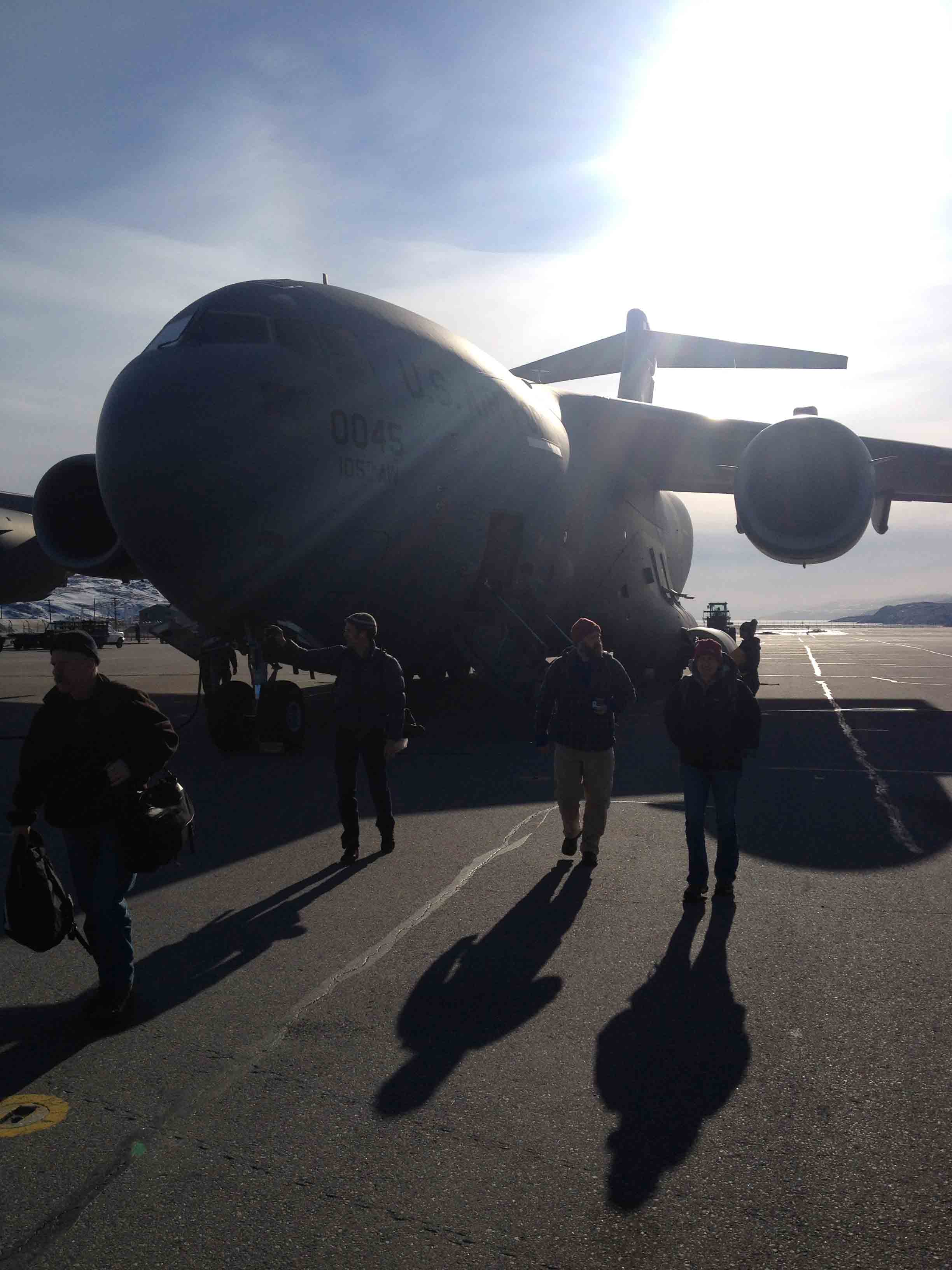